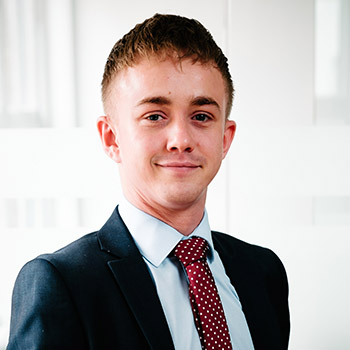 In 2017 James graduated with a 2:1 in Business Economics from The University of East Anglia. Following this, he spent a number of months working at LighthouseWealth, before joining us in May 2018.

Now settled in his role, James will start studying again, with the goal of achieving the Diploma in Financial Planning over the next couple of years.

Outside of the office James can usually be found at his local Golf Club or watching his ‘beloved’ football team – West Ham United. Beyond that, he enjoys socialising with friends and family – often with some good food and craft beer.