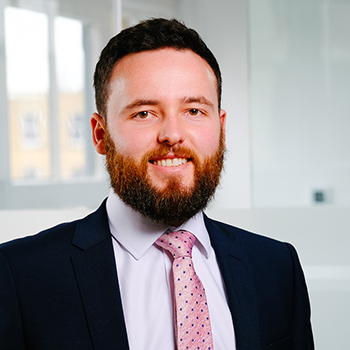 Craig graduated with a BSc in Chemistry from the University of Bristol and has worked in the financial services industry since 2011.

Craig joined us in 2017 as a paraplanner having previously worked for large IFA firms in both Nottingham and London. His main responsibilities include writing suitability reports as well as providing technical support to the advisers.

Craig is a keen hockey player, representing Tulse Hill & Dulwich Hockey Club on a regular basis. In his spare time, he likes eating out with friends and family, watching Manchester United and travelling.

Craig holds the Advanced Diploma in Financial Planning and is continuing with his studies with the aim of becoming a Fellow of the Personal Finance Society (PFS).