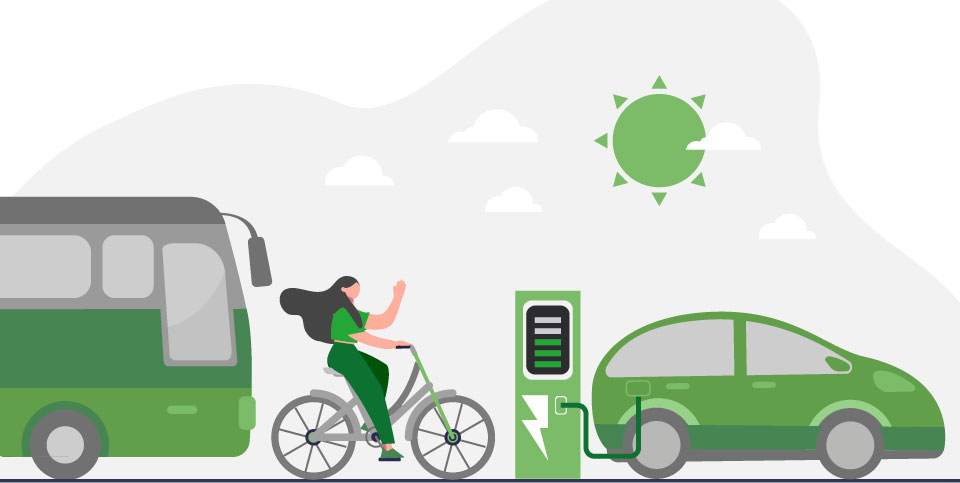 Prime Minister Boris Johnson revealed his 10-point plan to create jobs and cut carbon emissions last week. He vowed to rescue the economy by “building back greener.” The measures were welcomed by many, particularly the accelerated phasing out of sales of new petrol and diesel vehicles by 20301. However, the proposed “green industrial revolution” was not without critics. Some felt the allocated funding was far too small for the scale of the challenge. It was for this reason that many environmental groups awaited the Chancellor’s spending review with bated breath2.

Alas, eco-optimists were not rewarded, as there was a distinct absence of a Treasury commitment to increase public spending to aid the achievement of climate goals. Chancellor Rishi Sunak offered no advancement on the £12bn originally earmarked for Boris Johnson’s climate plans3. The figure is much lower than that agreed in France, Germany and others. This calls into question the reality of the Prime Minister’s ambition for the UK to be global leaders on climate action ahead of the international COP26 climate summit in Glasgow next year4. If we are to see these 10 points become a reality, private sector money will likely play a very important role.

While everyone was Googling to find out which tier they would be placed in, our eyes were glued to the screen on Wednesday as Rishi Sunak forecasted the state of the economic damage, and the government’s plan to pull us through it. Expectations of an 11.3% decline in yearly GDP growth soon spurred comparisons to the 1709 Great Frost recession5. The winter lockdown quashed any hopes of a V-shaped recovery and has been met by extended government support, with borrowing expected to reach near £400bn6 this year, adding to the two-trillion-pound government debt bill7. It is worth noting that a country being in debt, and people being in debt, are not the same despite the constant comparisons made by the press.

Such a figure is difficult to imagine, let alone repay. A public sector freeze and a slash to the foreign aid budget seem like drops in the ocean, especially considering the various fiscal packages announced to stimulate the economy, including infrastructure to boost jobs and a minimum wage hike. What remains unclear is how the deficit will be reduced once we are out of the woods, with no mention of tax increases or future austerity. It is important to note that the government is still able to borrow extreme sums at historically low rates because the Bank of England buys the debt through its quantitative easing programme. By effectively pumping money into the economy by purchasing the bonds, the cost of borrowing is suppressed, lowering the interest rate and therefore the interest bill that the government is required to pay on its mountain of debt.

A Bloomberg study8 ranked the best and worst places to be in the coronavirus era, and the results contradict pre-2020 conceptions of preparedness for epidemics9. The rankings are based on key metrics, ranging from growth in virus cases to potential vaccine supply agreements. Advanced economies such as the UK, France and the US have been repeatedly overwhelmed by the rate of infection, ranking in the bottom half of the list. Whilst other countries have outperformed expectations, such as New Zealand, Japan and Taiwan.

The formula for success is not dependant on the political structure, with many insinuating China’s rapid reported recovery was a result of the authoritarian ability to implement strict controls upon its population. While this may have been a mitigating factor, eight of the top 10 COVID resilience rankings are democracies. Common factors among high ranking nations include fast response to closing borders, immediate spending on testing and tracing facilities, and social trust and compliance.