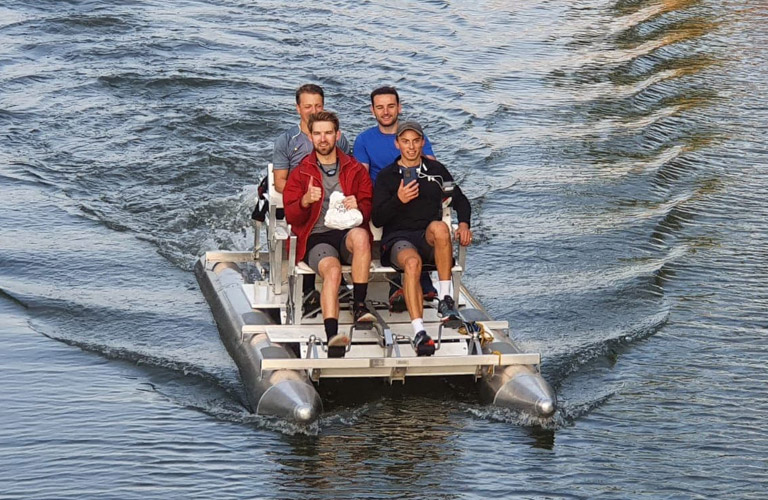 The decision to break the Guinness World Record to pedalo the non-tidal part of the Thames was made in 2019.

Little did the team know COVID would make trying to organise the challenge a fair bit harder! But by September 2020, with a brief relaxation of lockdown rules, Josh, Dan, Tom and Dom decided to put all their lockdown workouts to good use.

The challenge was simple. Pedalo circa 130miles from Lechlade-on-Thames to Teddington Lock in less than 2 and a half days. Having been generally rather unprepared for the task in hand (the first time Dom had set eyes on the pedalo was at the start…) and having never opened a lock before (44 locks were on route…), the odds were against them. 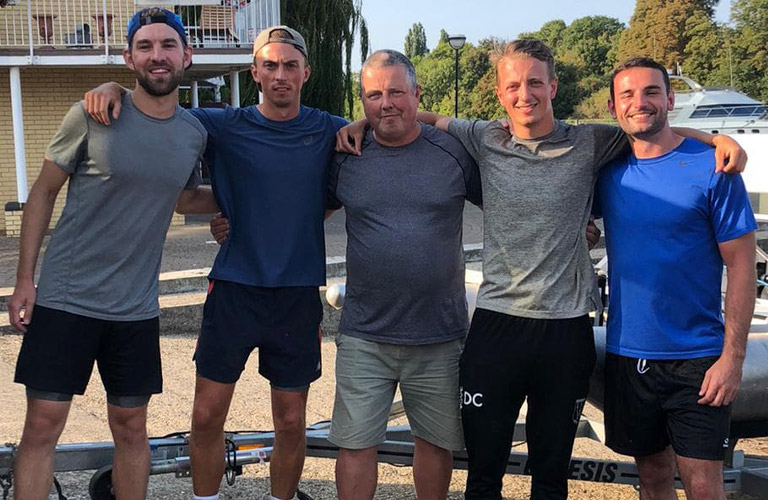 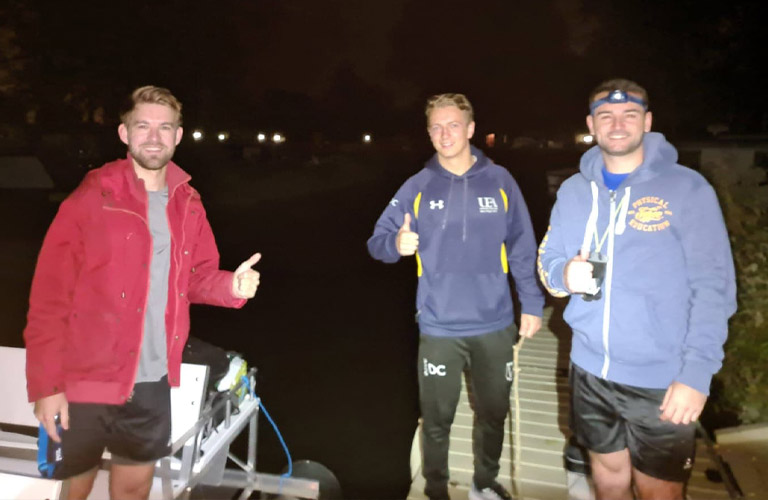 However, after two big days sat pedalling with minimal sleep, fuelled by peanut butter and jam bagels, a great support team in the form of Dom’s dad and some very lucky lock timings, the boys reached Teddington Lock having knocked 5 hours off the record!

For this event, the team chose to fund raise for Age UK, and raised a record £2,260. The Guinness World Record certificate now hangs proudly in the office.