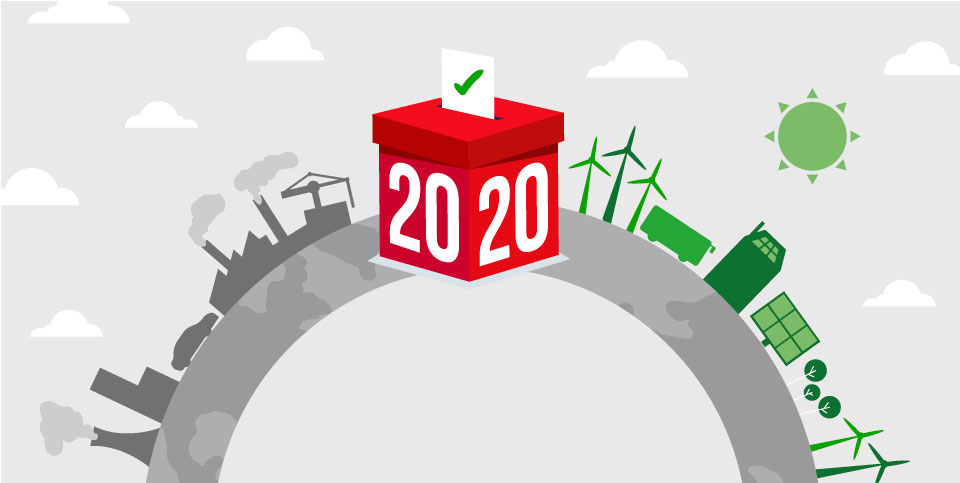 It was a US Presidential election like no other. Here’s our analysis of the recent events over the Atlantic.

Those that watched the US Presidential election at any stage over the last few weeks will have seen the once epitome of democracy become the living embodiment of the sitcoms it has exported for decades. Despite President Donald Trump’s numerous claims of victory and accusations that the vote was in some way rigged, Joe Biden is likely to be the next President of the USA. As it stands currently, Donald Trump is refusing to concede the election and has brought legal cases only in states where he didn’t win1.

President-Elect Joe Biden has now been projected by all major news organisations to win 306 electoral college votes, taking him well past the 270 needed to become president. This was the same figure that Donald Trump won by four years ago. Turnout in this election has been nothing short of historic with over 150 million (and counting) votes being cast and Joe Biden receiving the largest amount for any President since elections began2. His route to the White House saw him flip five key states from Republican to Democrat. One that is particularly worth noting is Georgia, which has not been Democrat since Bill Clinton in 19923.

As President Trump’s allegations lose steam, the race for power shifts from Washington to Georgia. The newly blue state will hold runoff elections on January 5th, after elections for the two Senate seats delegated to the State failed to produce majority candidates4. For those unfamiliar with the structure of the Legislative Branch of the US government, the Senate (upper chamber) and the House of Representatives (lower chamber) combine to form the US Congress, and the recent elections mark the inception of the 117th US Congress. The southern state will dictate who holds the majority in the US Senate, with Republicans currently leading a 50-48 split5. Anything but a clean sweep for the Democrats will provide the Republican party with the power to veto the Democrats legislative agenda, cabinet officials and judicial appointments. This could mean that the flagship policies championed by Joe Biden, including healthcare, climate change and immigration, will require cross-party working, which has been on the decline in US politics.

A 50-50 split resulting from Democrat control of both the seats up for grabs will not necessarily require collaboration between the two parties, as Kamala Harris, the US Vice President, has the power to cast a tie-breaking vote, essentially delivering total Congress control to the Democrats6. Prior to the recent election, power had been split between the two divisions, with a Democrat majority in the House of Representatives and a Republican majority in the Senate. This imbalance of power restricts the ability for the opposing parties to pass partisan legislature, and the increasing polarisation between Blue and Red has led to reduced legislature efficiency, with Congress unable to pass a vital stimulus package.

The CARES Act passed in March provided a $2.2 trillion stimulus injection to the US economy, the largest economic relief bill in US history7, boosting unemployment benefits, renter protection and even direct cheques to eligible US citizens8. But the schemes are now petering out, and both political parties agree that further action is needed to support the economy. It is the magnitude of support required that is where the conflict lies, with the bills from the respective parties differing in the trillions.

Democrats argue that the high cost of securing the economy until a vaccine is credible and in mass distribution, is essential to fuel the recovery in a period when COVID-19 cases are at an all-time high. Leading Republicans, such as the current Senate Leader Mitch McConnell, believe the improving economic data and vaccine progression call for a smaller and more focused stimulus package9. Party political differences are likely to impede any legislative action until Joe Biden’s presidential inauguration, however there is a chance that stimulus funding is included in the December funding bill, required to prevent yet another government lockdown. The failure of cross-party, bi-partisan agreement in time of crisis brings irony to the famous Gettysburg Address, where Abraham Lincoln hailed ‘a government of the people, by the people, for the people’ 10.

President-Elect Joe Biden has promised that one of the first actions he will take when sworn in is to reverse the decision of the previous administration to withdraw from the Paris Climate Accord11. This announcement was met with jubilance in environmental circles and represents an important progressive step for climate action and a transition towards a less carbon intensive future.

The main aim of the Paris Agreement is to strengthen the global response to the threat of climate change by keeping a global temperature rise this century to less than 2 degrees Celsius above pre-industrial levels, and to pursue efforts to limit the temperature increase even further to 1.5 degrees Celsius. Additionally, the agreement aims to strengthen the ability of countries to deal with the impacts of climate change to boost resilience and limit the devastating effects of a warming planet12.

The USA ratified the Paris Agreement on the 3rd September 2019, following the decision by the Obama administration to become signatories of the agreement. However, on the 4th November 2019, the Government of the United States of America notified the Secretary-General of its decision to withdraw from the agreement. This took effect on the 4th November 202013. The confirmation of the withdrawal happened to coincide with the ballot counting following the US Election. Once many of the states had been called in favour of Joe Biden, anticipating that he had received over the necessary 270 electoral college votes in order to take the presidency, President-Elect Biden chose to take to his rival’s favourite medium for making announcements and tweeted, “Today, the Trump Administration officially left the Paris Climate Agreement. And in exactly 77 days, a Biden Administration will rejoin it”14. This pledge will go some way to unravelling the campaign of environmental deregulation that has occurred in the US over the last four years15.

The participation and cooperation of the United States in the global efforts to curb carbon emissions is exceptionally important. It is estimated that the country’s share of CO2 emissions accounts for 15% of global emissions, making it the second highest emitter after China16. Action on the part of the US Government affects the global success of tackling climate change. An administration that is sympathetic to this cause will be a relief for many who are concerned about the climate crisis.

Joe Biden’s election and the UK Government’s plan announced on Wednesday for a Green Revolution should inevitably offer more opportunities for investors17. Holden & Partners has been strong advocates of the environmental and investment potential of clean energy since our inception over fifteen years ago, so we will be watching developments closely. We hope that significant and meaningful change in both how energy is generated and consumed is finally coming.