We swallow their pills but lots of us love to hate the pharmaceutical industry. Are we right? 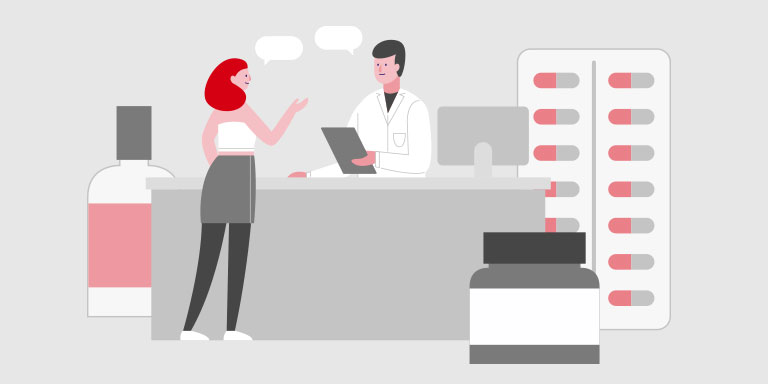 Bad Pharma: How Drug Companies Mislead Doctors and Harm Patients was published in 2012 and quickly became a bestseller. Author Ben Goldacre explained how the pharmaceutical industry chose unrepresentative individuals for drugs trials, withheld unfavourable results, hiked prices and wrote academic papers without disclosure of interest.Ill people can be vulnerable, and there was something morally suspect about these corporations who seemingly cared only about the bottom line, rather than higher concepts such as saving lives. It was easy to hate big pharma.The Association of the British Pharmaceutical Industry (ABPI) retaliated at the time, stating that the research was out of date, with examples that were “long documented and historical, and the companies concerned have long addressed these issues.”1A recent survey by PR firm Edelman for their 2018 Trust Barometer2, found that the healthcare sector as a whole, incorporating pharma, biotech and hospitals, has seen a small reduction in global trust, with 63% of global respondents trusting the sector to ‘do what is right’ compared to 65% the year before.Trust is of course a subjective measure, and it takes a while to turn bad faith good. Let’s look at the case for and against today’s pharmaceutical industry…

However you look at it, the treatments created and sold by pharmaceutical companies have saved countless lives. They provide the medicines that we, our friends and loved ones routinely take. As the ABPI explains, the pharmaceutical industry is responsible for the discovery of 90 percent of all medicines, with life-changing and life-saving outcomes.3

HIV/AIDS has been transformed from a death sentence to a chronic condition, reducing fatality rates by 85%. Death rates for breast, bowel, lung and prostate cancer combined have fallen by almost a third in the past 20 years, and infant deaths from pertussis declined in England by 79% in just one year, as the result of a maternal vaccination programme.4 These are just a few examples.

The drugs industry has been accused of both pushing ineffective drugs or withholding data about efficacy or side effects. Is this still the case?

The recent opioids crisis has seen firms such as Johnson & Johnson criticised for promoting the use of powerful opioids for chronic pain, leading to over-prescription, addiction and overdoses. A recent court case in the US examined the extent to which efficacy was exaggerated and the risks downplayed.5

In 2013, the ABPI Code of practice6 was launched, stating that “clinical trial results should be posted in publicly accessible registries and databases and published in the scientific literature in a timely manner.”

Yet in 2017, the World Health Organisation reported that approximately 50% of trials are still not disclosed publically, this is often due to negative results (when the drug didn’t help with what it was being tested for), but can lead to an incomplete or misleading picture.7

Some companies are leading the way, for example, Pfizer has committed to putting all clinical trial data into the public domain – whatever the results.8 It seems that this is an area where big pharma could do with further improvements and a 100% reporting rate.

It has been claimed that the pharmaceutical industry artificially inflates prices, making treatments too expensive for the NHS or prohibitive for those in countries where medicine must be paid for directly by the user.

This is probably an over-simplification; drugs can be very expensive. The process of bringing a medicine to market is immense, taking an average of 10-12 years and £1.2 billion9. Just one in 5,000 new compounds receives regulatory approval.10

There are many phases to the trials, from laboratory to pre-clinical to clinical, finally using human volunteers – this phase alone takes roughly five years. At any stage, adverse side-effects or lack of efficacy may mean the trials are halted. Occasionally, a beneficial side-effect is discovered – after all, Viagra’s now famous result was found when it was tested as a treatment of hypertension.11

A company will then patent a drug – often meaning cheaper, bioequivalent versions cannot be sold for a period of time. Otherwise, competitors could offer a much cheaper price which fails to reflect the years of research and development, thus ‘cashing in’ on the investment already carried out.

This monopoly-type situation makes business sense, but is clearly not ideal for patients. As a result, the UK government has recently issued a Voluntary Scheme for Branded Medicines Pricing and Access.

This is an agreement with the ABPI and aims to get the best value and most effective medicines into use more quickly, as well as keeping tabs on pricing of patented drugs12. Measures include scheme members making a financial contribution to the Department of Health and Social Care for the sales of branded medicines above an agreed allowable growth rate.

Meanwhile, British company, GlaxoSmithKline (GSK) caps the price of its patented medicines sold to the least developed countries at 25% of the Western European price, providing manufacturing costs are met13.

Every year, many companies donate millions of treatments in crisis-hit countries worldwide, whether facing humanitarian or natural disaster.14 These include prescription medications, vaccines and other healthcare products which are distributed via organisations like International Health Partners15 and reach NGOs working locally.

For example, GSK has donated over eight billion albendazole tablets as part of the fight against tropical disease and intestinal worms in countries such as Nepal.16Drugs donations can create tax benefits for companies17, but regardless of incentives, they are vital for people in times of crisis.

The use of animal testing is a routine part of drug testing, causing concern to some people and groups such as People for the Ethical Treatment of Animals, who argue that “Most experiments on animals are not relevant to human health.”18 Before new treatments can be taken to human trials, animal testing is a regulatory requirement and is a highly regulated practice within EU and UK laws.19

Our selection of EST mangers employ strict criteria when selecting health-related stocks to ensure the chosen firms adhere to high moral standards, and as well providing real solutions to health issues instead of being overly-focussed on ongoing treatment alone.

One example is Australian biotherapy firm, CSL Limited, held within the Wheb Sustainability fund. CSL is a leading provider of vaccines and auto-immune deficiency treatments, and is one of the top providers of influenza vaccinations across both the Northern and Southern hemispheres. A second example is Medtronic, held within the Eden Tree Amity International fund. Medtronic are global leaders in the production of medical devices and appliances, with a focus on reducing cost and improving the efficiency of medical care.

The provision of quality healthcare will always pose a challenge to humanity. We are encouraged by the fact that the companies held within EST client portfolios are providing solutions to this challenge in a morally-responsible manner.

Big pharma, like any major industry, is driven by profits. There have been notable failures that have eroded trust, but overall, the shift, much of it voluntary, is towards better accountability, increased transparency and ultimately improved treatment options for us all. And when we’re ill, that is what really counts.