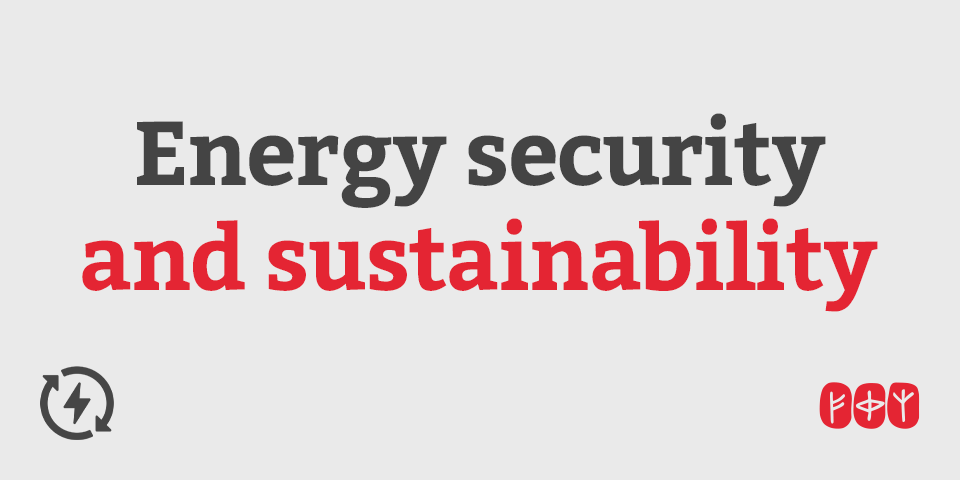 It’s important to remember that the UK was facing an energy crisis even before Russia invaded Ukraine.1 Prices were rocketing and energy suppliers were going out of business, all whilst oil giant BP posted its highest earnings for eight years. Meanwhile, warnings about climate change became ever starker and more immediate. As Paul Dennis, Investment Director at Holden & Partners explains, “The drive and urgency for clean, self-sufficient energy was emphasised in Glasgow during November’s COP26 event, now governments are faced with decisions about how to balance short/mid-term energy needs with the desire to accelerate their sustainable plans.”

Moscow’s acts of war against Ukraine have put the spotlight on European dependence on Russian oil and gas, which is a troubling relationship on two levels. Europe has been reliant on a dictator to power daily life, thus lacking fuel security, as well as being complicit with funding Putin’s regime.

Whilst the UK sources less than 5% of its gas and oil from Russia, any impact on pricing linked to the crisis affects us, which is particularly critical with the standard of living already challenged by rising inflation.4

UK Prime Minister Boris Johnson has urged European leaders to tackle the continent’s reliance on Russian oil, stating that: “We must also collectively cease the dependence on Russian oil and gas that for too long has given Putin his grip on Western politics.” 5 And now that Putin has threatened to cut off gas supplies, it is all too evident that energy is being weaponised.6

Since Russia’s invasion, many Western countries have discussed not purchasing oil or gas. The European Union has decided to gradually ban Russian fossil fuel imports by the end of the decade, while the UK will phase out Russian oil by the end of the year. The United States has also banned all imports of Russian gas and oil too.7 Reports state that we are facing an energy crisis that might rival the 1970s.8

Will this be good or bad for sustainability?

At Holden & Partners, we’re analysing the impact of this crisis. Here, Investment Director Paul Dennis weighs up the two sides of the argument. 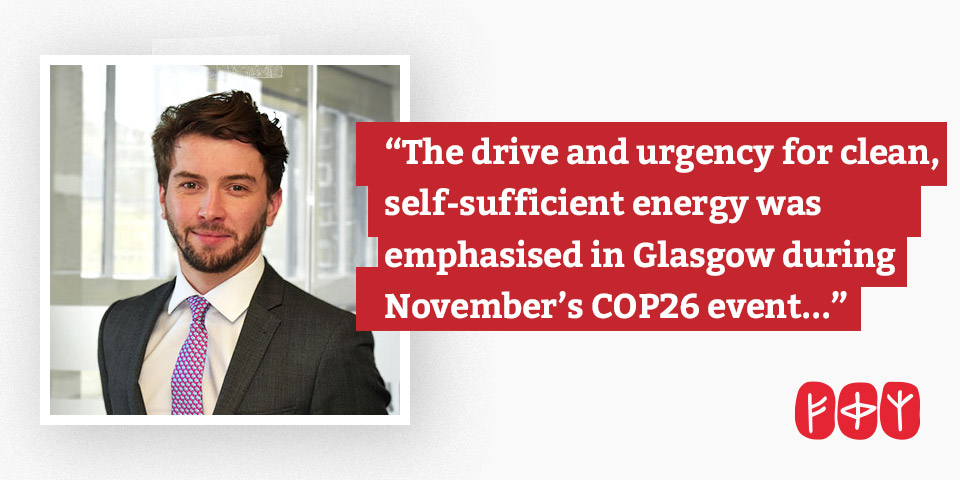 We believe that the crisis will eventually support the push towards net zero. The growing realisation that fossil fuels are ‘dirty’ – politically and ethically as well as environmentally – could drive the market for urgent scaling up of renewables. After all, ‘The wind and sun belong to no one’ as German economy minister and Green Party member Robert Habeck noted earlier this month.9

Countries across Europe are seeking alternative fossil fuel supplies to make up their short fall in the near term, but are also talking about plans to accelerate their move to net zero, such as Germany bringing forward its target from 2040 to 2035, with the hope that they will be 80% of the way there by 2030.10

Price rises make oil less attractive for consumers. Soaring costs of oil for heating mean that many affected householders are trying to minimise usage. And we’ve all noticed that fuel prices at pumps have increased to record highs.11

It’s led to a wave of frugality, with many people trying to reduce their usage, sharing tips on eco-friendly ways of drying clothes and so on – this represents a welcome shift in awareness that is long overdue.

A major concern is that the energy situation, exacerbated by the need to cut ourselves off from Russia, will encourage short-term thinking. The immediate, visible crisis is energy supply and price rather than climate change, therefore actions that would benefit the longer-term viability of investments in renewables and green technologies may be overlooked for short-term ‘fixes’.

Matthew Parris advocated for this approach in The Times 12 arguing that whilst we need do need to work harder for our 2050 goal, we are in an immediate emergency and must threaten a “body blow to [the Russian] economy”

Whilst this includes highly sensible eco-friendly measures such as insulating homes better and turning down the thermostat, he argues that a “little squeeze” will just drive-up prices and not really impact Russia. Instead, he says, “We must reprieve those UK coal-fired power stations still running (officially) on standby. As for resources, we should not hesitate to exploit what gas and oil reserves may remain in our own waters, and prospect for more,” going on to explain that “Fracking may even be worth a second look.”

It’s an echo of the recommendations in a recent Tony Blair Institute paper: ‘Cutting the Cord – Ending Europe’s Dependency on Russia’, which advocated temporarily switching back to or extending the life of nuclear and coal plants. Here, it is advised that we “Don’t lose sight of decarbonisation goals” but this is described only as a “long-term goal”. Increased investment into the North Sea is also probable.13

I agree with Parris that cutting the cord to Russia might indeed provide a body-blow to Russia, (with 2019 data, a reduction of a third equates to a loss of $16 billion to the Russian economy,)14 but such thoughts of delaying decarbonisation really do strike fear into the hearts of environmentalists. It’s far too late in the race against climate change to take backwards steps.

What this means for sustainable investing

This crisis has highlighted the importance of focusing not just on the environmental aspects of how money is used, but the ethical too. Investments linked to ethically concerning situations and political regimes are often by their very nature riskier. Sustainable investments are about building a future that benefits us all, and one that can endure. Increasing oil prices for example may lead to renewed efforts to find sustainable alternatives to plastic as the cost of plastic production rises sharply.

There are many opportunities for investing in renewables. For example, The Renewables Infrastructure Group aims to generate sustainable returns from investing in renewables infrastructure that contributes towards a zero-carbon future. It looks to purchase mostly solar and wind assets (both onshore and offshore) in the UK and Europe and in doing so, contributes to two Sustainable Development Goals: Affordable and Clean Energy and Climate Action. Annually, the portfolio is capable of powering over 1.1 million homes and saving 1.2 million tonnes of CO2.15

We hope that despite initial short to medium-term action, this situation will ultimately accelerate our transition to renewable energy.

All the evidence points towards a green revolution being the future for a secure, independent and clean way of powering our lives. It will take time to reach that point, building the required renewables infrastructure for example, but ultimately, this is likely to have been a wake-up call that the world cannot ignore. It’s more important than ever.

We will take a look at food security and the impact the conflict is having globally on production and supply.

Holden & Partners have made a donation to Save the Children to support the work they are doing with children and families who are suffering as a result of the conflict.

1 Why is the UK facing an energy crisis and how do we cope with it? | UK news | The Guardian

8 The world could be on the brink of an energy crisis rivaling the 1970s, says IHS Markit’s Yergin (msn.com)

15 Based on the IFI Approach to GHG Accounting.