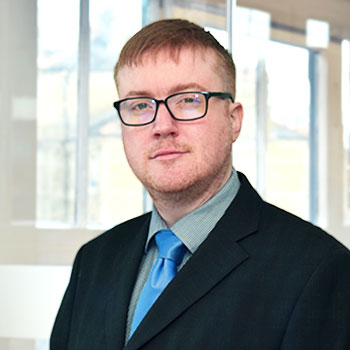 Dan has worked in the financial services industry since 2008, initially starting out as a Pensions Administrator, for third party administration company Aon, before making his start in IFA Support with Chase de Vere in 2011.

He has recently joined the firm as adviser support. Previously, he worked as a Team Leader at Succession Wealth, based in Amersham.

Dan lives in Chesham, with his fiancé, which is at the end of the Metropolitan line in Buckinghamshire.

In his spare time, Dan enjoys football, history, good quality television, Thai food and the occasional trip to the pub.

Holden & Partners is a trading name of Peter R T Holden and Partners LLP and is authorised and regulated by the Financial Conduct Authority (446291), but not all of the products and services mentioned in this website may be so regulated. Click here to view Holden & Partners on the FCA register. All content © 2020 Holden & Partners.